The United States is sending 15 Freeskiers to Pyeong Chang and one of them is former ICS student Alex Hall. 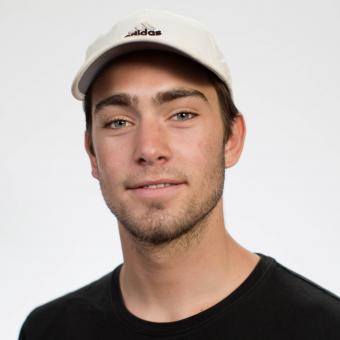 The youngest member of the U.S. Men's Slopestyle Team at the 2018 Winter Olympics in Pyeong Chang, South Korea, 19 year old Alex Hall, was born in Fairbanks, Alaska, but lived in Switzerland for most of his life.

Alex, who started skiing at the age of 3 and later began freestyle skiing, as he has said, "for the fun of it", was a student at ICS from G7 to G10. He left Switzerland for the U.S. in November 2014 to complete high school and train at the United States Sports Academy (USSA) in Park City, Utah.

Although he grew up in Switzerland, riding in the Swiss mountains, Alex was still a U.S. citizen, which has enabled him to join the U.S. National Team. Before returning to the U.S., Alex never had a coach. Today he is considered to be one of the top up-and-coming slopestyle skiers on the U.S. roster.

Alex competed in two disciplines at the 2016 Youth Olympic Winter Games, winning a silver medal in his signature discipline of slopestyle and taking fourth in halfpipe. An all-around talent when it comes to skiing, he has also dedicated time to filming in urban and powder settings. In addition, at the start of the 2016/17 contest season, Alex became the first skier to land a switch triple cork 1800. He ended the season at number 4 in the AFP's final rankings for men's slopestyle.

ICS extends sincere congratulations to Alex for his selection to the U.S. Men's Slopestyle Team. The 2018 Olympics Opening Ceremony is on Friday 9 February and Alex will be competing in the Men's Ski Slopestyle on Sunday 18 February.

Good luck Alex... the ICS community will be watching and cheering for you!