Dust and Dreams – the 2020 Primary Musical Video!
19 Jun 2020
Share to FacebookShare to TwitterShare to Google+Share to LinkedInShare to PinterestShare to EmailPrint this page 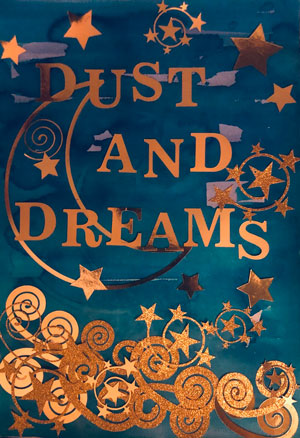 The story involves a 9-year old girl, Sanya, played by Grade 5 student Maggie M., who argues with her parents about when she should go to bed. After another bedtime disagreement, Sanya settles to bed with a book called ‘The Sandman’. As she reads lines from the book, she awakens the spirit of the Sandman, who takes her on a journey to a mysterious dream world. There Sanya meets strange mystical creatures and two tribes of dream spirits. After a series of “dream adventures” Sanya yearns to return home. Regretting the rudeness and stubbornness she has shown, Sanya finally apologizes for her behaviour and is ferried home on the River of Forgetfulness by boatman Lether, with Sandman leading the way.

This year’s production involved a cast of 43 Grade 3 – 5 students, including a team of Grade 4 and Grade 5 students who prepared set designs, costumes and vocal recordings. Musical rehearsals were originally scheduled as part of the students’ after-school activity, but had to be interrupted for 8 weeks before the performance was scheduled to take place as a result of the COVID pandemic.

The original production was scaled down and ultimately used only one set and very limited costuming. Rehearsals resumed in May and the entire production was recorded from Tuesday 9 June to Thursday 11 June in the Primary Atrium. Nine of our Grade 5 students: Maggie M, Ana M, Meredith M, Lily T, August S, Celeste R, Amelia C, Cecilia C and Camilla T and two Grade 4 students: Henna A and Maya S took on the roles of the main characters and the Grade 5 student Camilla T designed the Dust and Dreams poster.

The exact date on which the video will be available for the first time will be announced in next week’s bulletin, but the projected date is from 22 June onwards. In the meantime, some of the students’ work can be enjoyed in this presentation.

We congratulate the entire cast, crew and directors of Dust and Dreams and look forward to viewing this year’s “somewhat different” Primary Musical in the days to come.